Sign Up & Receive This Powerful Resource TODAY! Limited Time Only!

Just Put In Your Best Email Below & Receive Our Powerful Report Straight To Your Inbox! This Information Won`t Be Around Long! 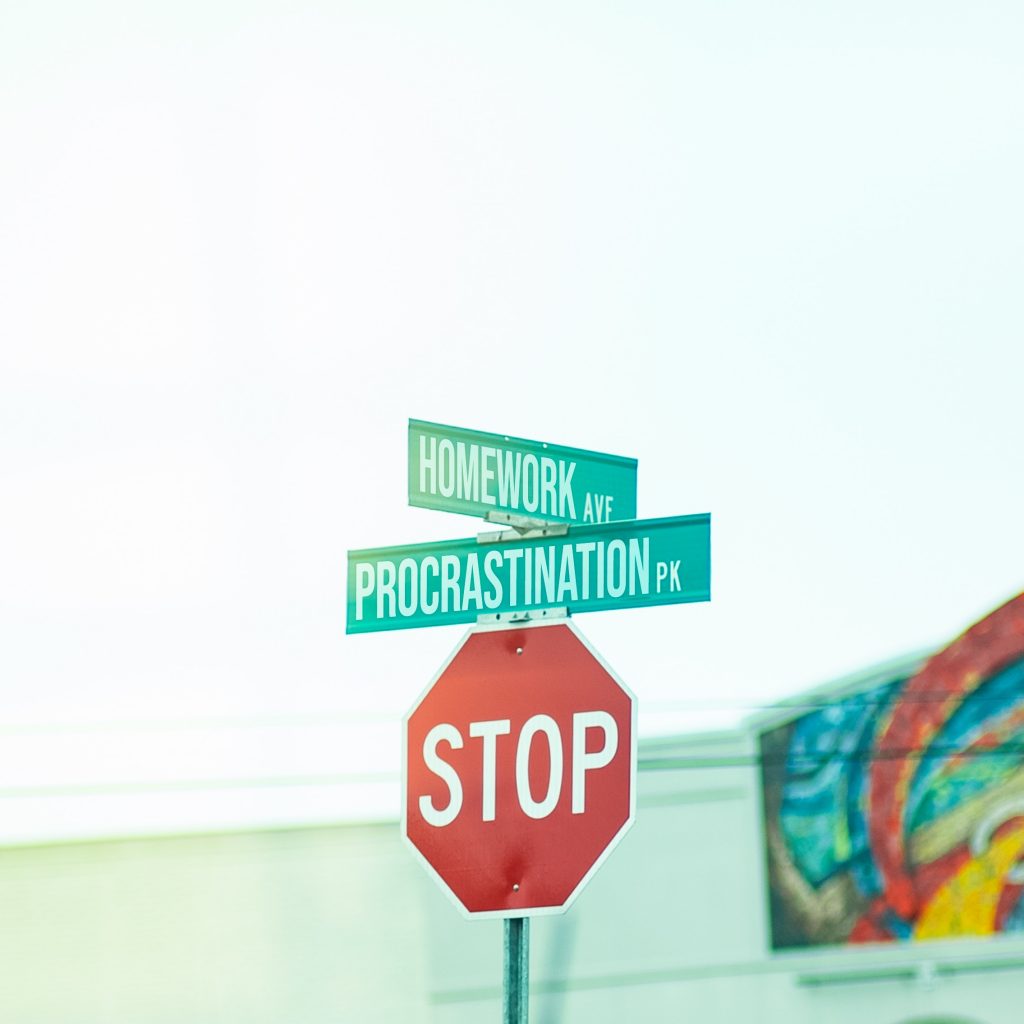 How To Stop Procrastination – 4 Tips To Be More Productive

If there is one word that seriously prevents us from reaching our true potential it has to be Procrastination. We’re all guilty of doing it, more often than we’d like to admit.

In this article we will take a look at how to stop procrastination and 4 tips to be more productive and establish methods we can use to move forwards, as opposed to not progressing and avoiding tasks we know should be accomplished much sooner.

Procrastinating isn`t just about putting off a school assignment or work project to the very last minute. It may also involve putting off important life decisions, like whether or not you should ask your boss for a pay rise he promised last month. Perhaps it`s deciding whether you should join a gym, end a relationship, try for a baby, or even change your lifestyle completely. The list goes on and on..

And if you don’t start learning how to stop putting things off, you’ll have to deal with procrastination your whole life which may have a negative effect on your relationships, career, and personal health.

The thought process behind procrastination is that we believe there’s always tomorrow, we say to ourselves “why not just steer clear of the stress and anxiety and leave it until later?”.

This is the first thing we need to tackle. Trying to figure out what the stress factor is behind your procrastination isn`t going to be easy but it needs to be addressed. It could be fear of failure, fear of confrontation, fear of not being perfect. You Are Your Own Worst Critic

You judge your flaws and imperfections way too harshly. It is important that we have goals to aspire to but often we make them too big to achieve.

Studies have shown that when you forgive yourself for putting things off, or not getting things done as perfectly as you would have liked, as long as you still have your mind focused on the final outcome, this can help prevent procrastination.

It`s important to have realistic goals we know we can attain before we start giving ourselves a hard time.

Sometimes we tend to bite off more than we can chew so to speak. This results in us getting angry and frustrated because the end result wasn’t anywhere what we had envisioned.

Follow these tips to help you avoid procrastination once and for all.

Each of us has the willpower to get around 3 or 4 tasks done every day. Habits use other parts of our brain as opposed to the prefrontal cortex which is associated with rational thinking.

So when you train yourself to do something out of habit, rather than look at it as a mundane task, you think about it less, which means you’re using less willpower and you won’t fall into the procrastination rut.

Daily routines such as making our beds or brushing our teeth have all become habits which we automatically perform without even considering putting them off.

Wouldn`t it be much less stressful if we can turn daily exercise, eating healthily or getting our school/work projects done on time into daily habits as well?

If these habits then become common practice, which after a while they will, then things will become that much easier, though you still have to keep yourself motivated and inspired.

Avoiding procrastination can be a hard step to take initially, but like anything we want to acquire in life, we must take action to get anywhere.

Gently take that first step by knowing you will reward yourself afterwards, for example once I’ve finished project X, I can watch videos on YouTube or get myself a cup of coffee.

Make it a pleasant experience for yourself because the reward is the part that the brain assimilates to gauge your enjoyment level.

When you are happy, the brain will recognise this task was enjoyable and will turn into a habit fairly quickly. It will know this is something you look forward to, instead of something you dread on a daily basis. Instead of setting yourself a mammoth task, try to break it down into smaller chunks so it then becomes more appealing and attainable.

For example, don`t attempt to clear out the entire garage, perhaps do the right side first then take a break. After this have a go at clearing the left side and take another break. Follow this by finishing off the rest.

When at work, large tasks may seem daunting when you look at them as a whole. So what`s the answer? Break it down into smaller tasks of course. Create an outline of the entire project and subsequently divide it up into smaller much more achievable tasks.

If you can, try to work in 30-minute increments, as the smaller tasks can be more easily done, are manageable and not so intimidating.

After 30 minutes, take a quick break and assess your work. You will be surprised at how much you’ve accomplished in this time-frame and it will give you that added boost of confidence you need to keep at it.

Another thing best avoided is checking your email and phone every 5 minutes. This isn’t doing you any good and only encourages procrastination.

Once you’ve committed to doing the task in hand, limit all potential distractions by putting them away. If you do happen to want your phone within easy reach, then you can find apps that will help you stay on track. However, some will say this is completely missing the point.

One good recommendation is to set up a certain time for checking emails or your social media, so that once you’ve begun working on your task you will avoid the urge to take a sneak peak.

Another serious distraction that must be avoided if possible is multi-tasking. Even though it may appear to you that you’re being productive, the truth is it’s a complete waste of time and energy.

Look at it like this, it takes your brain about 20 minutes to completely focus on one task and give it 100%. Then you decide to introduce another task which then means you decrease your focus level by half.

Bring in a third task and your focus drops even lower. So even though you think you’re working more, the final result will be below average and less will have been achieved. 4. Be Productive During Peak Times

Everybody has certain times during the day when we find we are most alert. Some people focus better in the morning, others are night owls, while some of us tend to have more energy during the afternoon hours.

Discover what your peak hours are and make it your aim to tackle your most difficult tasks during those specific times. You are going to find yourself being far more productive, with your brain working at its maximum capacity.

Procrastination is not the same as being lazy, when we procrastinate it is a matter of delaying something we want to do for a more pleasurable task. It`s not that we are avoiding the task completely, we know it needs to be done but we just say it can be done tomorrow.

Why not turn that mundane task you’re dreading into something fun and enjoyable, which at the same time will eliminate the urge to procrastinate.

How To Stop Procrastination: 4 Tips To Be More Productive – Back To Top!

*If you liked this post about How To Stop Procrastination – 4 Tips To Be More Productive, then please like and share it with anyone who you think might benefit. There are alot of procrastinators out there! 🙂

*Please feel free to comment below if you have any tips to add that helps us all to stop this negative trait.

Thrive In 2023: 10 Power Habits For Living Your Best Life 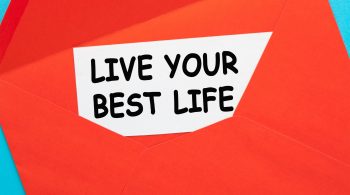 Thrive In 2023: 10 Power Habits For Living Your Best Life 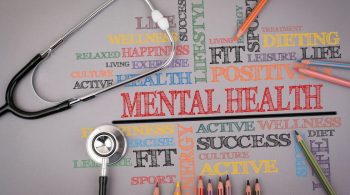 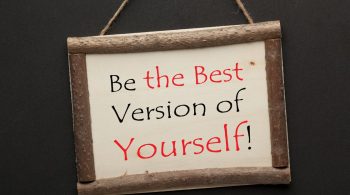 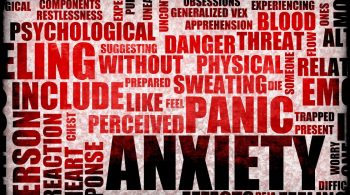 Enter Your Best Email Below! You Are Moments Away From Accessing This Time Limited Information!